Not every trip is a smooth one, some less than others.  I will admit that I made less than smart decisions. On my way down to Tijuana I emailed my mother and let her know where we were staying and gave her the name and phone number of my Navy POC back in California, telling her, “In case you don’t hear from me, call him and he’ll go get me”.  In hindsight, this was probably the smartest move I made the whole weekend- not that I would need it.  Additionally, I had purchased a Let’s Go USA guide that had a section dedicated to Tijuana that came in very handy – especially knowing which areas to avoid (that area would be known as Tijuana itself – hehe).

“The cop actually DROVE me to the ATM to bribe him!”

We walked across the border, found our hotel and headed out right away to get food and start the celebrating.  I stopped at every street vendor we came across (street food + Mexico = one happy JC) which was probably my saving grace. After drinking and wandering and drinking again we headed to the stadium, unfortunately our only non-drinking event, Jai alai was closed for the night, so… we… went back to another bar. This is where it gets interesting.  I had $20 left for a cab ride back to the hotel.  My buddy was throwing up on the floor, herself, the men’s bathroom, everywhere.  As I drag her out, one of the guys in the bar asks if we need a ride.  $20, no problem.  So we took it.

Back to the story: On the way back my buddy pops the door open and tosses cookies everywhere onto the street – in front of two cops… who pull us over… and find “cocaine” in the car (SURE there was coke in there). 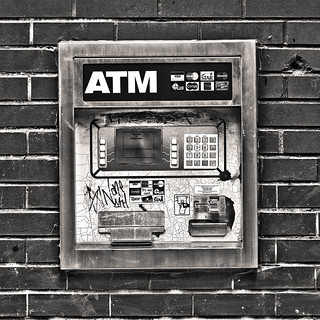 Instead of arresting us, the cops kindly make themselves available to a reimbursement to secure our release.  Since I was out of cash and didn’t want to spend the night in a Tijuana prison, I said, “ATM?”  The officer actually DROVE me to the ATM to bribe him!  I asked him if $80 was enough, he said yes and we got back into the car, at which point he escorted me back to the hotel!  $80 isn’t so bad for a police escort. Obviously accepting a ride from a non-licensed, random dude in a bar was a horrible, horrible judgment call.  But… we all make bad decisions and hopefully you’ll learn from mine.  I was lucky enough to not go to jail in Tijuana and even luckier to not be murdered in a back-alley by some stranger who picked us up in a bar.

Please share your own travel confession – I feel so exposed…

Scottish Referendum: What does an independent Scotland mean for your vacation?

Scottish Referendum: What does an independent Scotland mean for your vacation?