Think of the last time you lost your luggage.

How hard was it to get answers? How much time did you lose trying to figure out where it might be?  Recently I experienced some impressive updates to Delta’s lost luggage system and feel I should give credit where credit is due. Let’s take a step back before we dive into this one.
I went to a new dentist the other day; in the middle of the exam, he stops.  He looks at me, scrunches up his face and says, “You’ve never had any cavities.”
(He’s absolutely right – I have not) 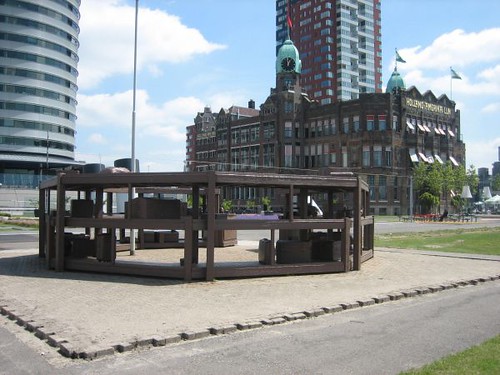 Lost luggage as art! via Flickr/Dutch-Roots

Which is amazing for how much I love chocolate (<3 you Belgium).  I’ve also only lost my luggage once in all my travels.  No, wait… twice. I digress, this story is not about me, it’s about my wife. My wife’s luggage gets lost all the time.  To include last weekend…
So last weekend we went down to NC for a wedding, traveling on Delta through Minneapolis down to Raleigh.  Her luggage; however, decided it loved Caribou Coffee so much that it was skipping the flight out of MSP.  While I agree that Caribou’s dark chocolate mochas are worth staying for, I would have preferred the bag be at the carousel in Raleigh when we arrived.
Here’s where the story gets interesting. We purchased the flight with reward points, meaning the reservation was under my name.  When we arrived at the airport, I had a message on my phone from Delta informing me that the bag did not make the connection, but was not lost.  In fact, it was being re-routed and we should expect it later that evening. It then gave us the information for a website where we could track its progress.  Additionally, I had an email with the same information waiting for me.  Delta knew in advance that the bag was lost and made an effort to contact me via two separate means of communication. 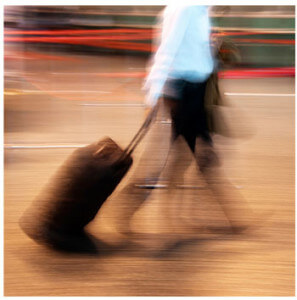 We went to the concierge / lost luggage counter and got a confirmation number.  The agent gave us a timeframe for the arrival of the luggage, apologized and was very nice/sincere/polite/concerned. Basically, he was all the adjectives you look for in a customer service agent during one of these moments.  The driver called later that evening to confirm the address and rang us again just before he showed up that night.
Let’s recap – Delta not only realized the bag was misplaced and took steps to notify us BEFORE we even landed at our destination via two separate means, BUT, they also re-routed and made sure the bag was on the next flight to Raleigh via Atlanta.  I was blown away at the pro-active effort Delta has put in to correct an unfortunate situation.
Losing your bags can happen, but kudos to Delta for stepping up and minimizing the effort on our end to correct the situation when it happened. 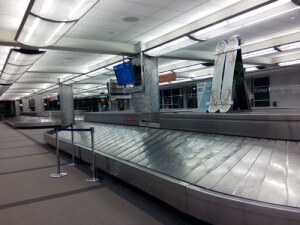 How long do you wait before you decide it’s hopeless

Sick of lost luggage?  If you didn’t insure your trip with travel insurance, (I recommend AIG TravelGuard) then your other option is to pack light or roll with a carry on.  Recently I purchased a new piece of carry-on luggage and compared it with my normal backpack setup to see what I was missing.  Read the comparison between backpack and roller here, read the gear review for the Timbuk2 Roller here.

Anyone else have a lost-luggage success story? 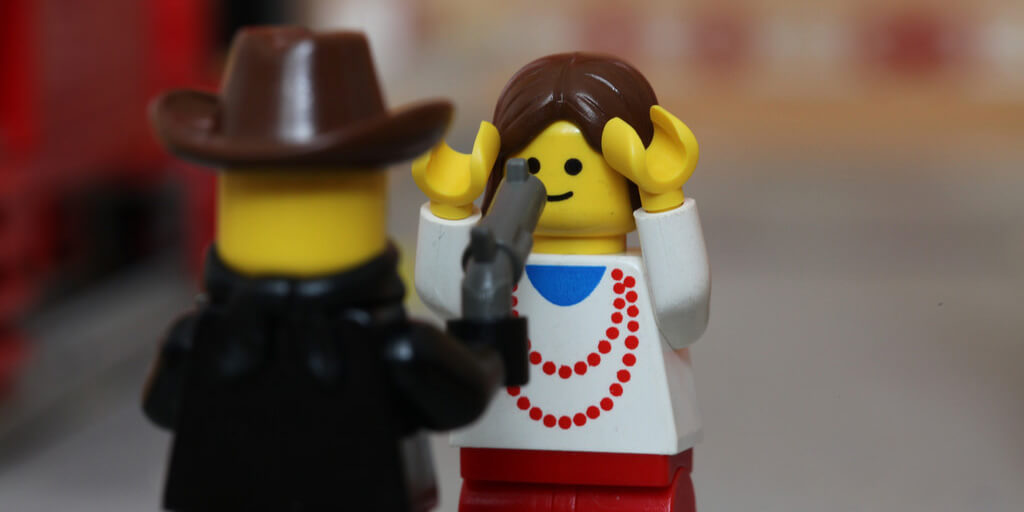 You’ve been robbed – now what?

You’ve been robbed – now what?